Response to Covid-19. We continue to monitor developments and adjust our policies accordingly. Read More
Skip to Content 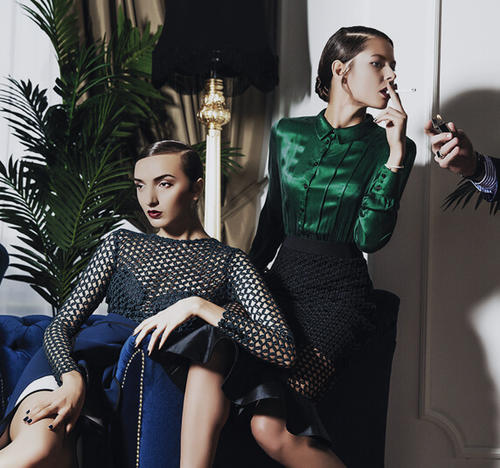 Known for its opulence and decadence, Dubai has become a leading city in the culinary world and a playground for the elite. Bagatelle Dubai is counted among the top restaurants in the city, and welcomes visitors from all over the world to experience the ultimate joie de vivre lifestyle. Just as its sister restaurants across the globe, Bagatelle Dubai is designed to reflect classic Parisian elements highlighted by bold artwork and pulsating music, keeping guests entertained and mesmerized every night.

The International Hot Spot Has You Covered for the Festive Season and for Ringing in the New Year - Combining the wholly French atmosphere, classic French Mediterranean food, chic décor and lively music; the stylish dining venue is the perfect place to get festive this Christmas Day.
Read More Reviews 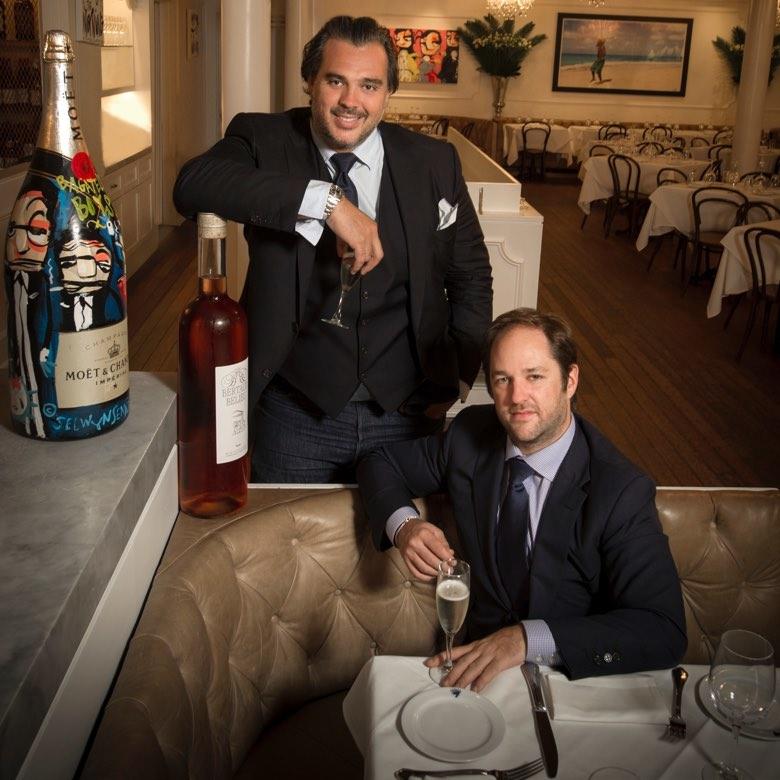 The Bagatelle Brand came to life when business partners Aymeric Clemente and Remi Laba shared a desire to translate their previous experience in Hospitality in an environment that stood a lot closer to their idea of what a modern dining destination should be like, and was in line with their own aspirations.
Today, they feel very fortunate to be able to expand Bagatelle globally in 9 locations and counting, and to find that their restaurant values resonate so loudly amongst the global dining scene. Aymeric and Remi are most proud of all the beautiful memories they have helped their customers build as well as being a witness to many wonderful life celebrations. To them, Bagatelle is a lifestyle, a way of life, where Joie de Vivre is a constant driver.

We look forward to meeting and dining with you soon. Please come say hello!

With 15 years of experience in some of the world’s best restaurants, Group Head Chef forGlobal Hospitality Asset Management (GHAM) and Bagatelle, Timothy Newton, began his career in 1998 under Sebastian Brown at Stacy’s Restaurant, Oakland, California.A notably talented, natural-born chef, Timothy’s mother, Janet, encouraged his move to Paris in1999 where he graduated as First in Class from Le Cordon Bleu Culinary School, obtaining a two-year contract on the Radisson Seven Seas Cruise Ship.In 2002, Timothy moved to Northern England to take up a position as chef at Wentworth Hotel, before moving onto London’s Wolseley Restaurant in 2004, ranked in the top 30 of the world by San Pellegrino.

Following two years of invaluable experience, Timothy moved to St Alban to work under Francesco Mazzei, considered the best Italian chef in England, before moving to Sydney’s Aria Restaurant, where he worked alongside Matt Moran.In 2009, Timothy moved back to London to partake in the opening of Lutyens, and undertake a position as chef under Ed Wilson at Terrior. 2010 brought him to Dubai to open Le Petite Maison as Executive Sous Chef. Three years later, Timothy joined the GHAM team. He contributes much of his culinary style and finesse to global influences and the teachings of leading restaurateurs Chris Corbin and Jeremy King.Today, you will find Timothy casting a careful eye over the Bagatelle kitchen, whipping up favourites including Bagatelle Royale, Truffle Pizza and Whole Roasted Truffle Chicken with Foie Gras.

Tell us about your experience!

Congratulate us or help us improve at www.tellbagatelle.com
share your experience

Please be advised
Go to Top